Review of Shrek the Musical | Kids Out and About Atlanta

Review of Shrek the Musical 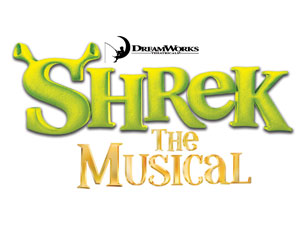 I've seen a lot of shows in both my capacity as KidsOutAndAbout.com reviewer and as mom of four artistic children: Broadway musicals, Disney on Ice productions, serious theater, you name it. I have witnessed the whole range of production quality, from wincingly awkward to authentically uplifting. Shrek the Musical is based on the movie "Shrek," which is based on Shrek, the book by William Steig. So, technically, it's not only derivative, it's second-derivative. I was skeptical that Shrek the Musical could live up to the rest of the productions I have seen from the Rochester Broadway Theatre League.

But Shrek The Musical really delivered.

Shrek is a story about inner beauty and being true to who you really are. Ogre meets princess, who harbors insecurities over her looks by night. Competition over bodily emissions leads to mutual attraction. Competition from a prince/evildoer causes confusion and misgivings. Princess flees, then returns, for a life-changing kiss that reveals her true self.

The thing to keep in mind (and to make sure your kids understand beforehand) is that this is not the movie. The storyline is close, but not exact, and the differences are not substantial enough to derail your young fan's expectations. For example, the way Shrek and Fiona fall in love is different: In a movie, even a young person can appreciate nuance, but in a stage musical, that degree of subtlety is difficult, especially if the experience is meant to engage young people as well as adults. Also, except for the closing song, "I'm a Believer," the songs are completely different in this stage adaptation than in the film. The songs are fun and mostly lively. No complaints there.

The cast of Shrek gives a stellar performance. Fiona and Lord Farquaad, portrayed by Liz Shivener and Merritt David Janes, were both remarkable. Shivener connects with the audience adeptly, and Janes’ ultra campy, over-the-top performance delighted young and old alike. Part of the fun was Lord Farquaad's clever costume; little was done to disguise the fact that he spent most of the show walking around on his knees, which was both symbolic and clever physical comedy. As for the character of Shrek, portrayed by Lucas Poost...let's just say that Mike Meyers is an impossible act to follow. Andre Jordan plays the role of the Donkey thoroughly in the Eddie Murphy vein, which is exactly what the audience wants. The kids were thrilled.

Perhaps the most delightful character in the show was the Dragon, which was a giant puppet, manipulated by several puppeteers. Her voice was fantastic, and I wanted to cheer at the end of her number. I think maybe I did cheer.

Who should see Shrek the Musical?

Is Shrek The Musical primarily for kids? Emphatically not: There were plenty of people in the audience without kids; in fact, I heard someone in a group of women complain that perhaps the kids were enjoying themselves a little too loudly. But in my opinion, Shrek the Musical might just be the perfect candidate to introduce your child to Broadway musicals if they have never been. There are plenty of double-entendre jokes that will please adults but sail right over kids' heads. Kids will love the costumes, upbeat music, puppetry, and bathroom humor...but most of all, they will respond to the brilliantly-executed physical humor that pervades the show.

Kids under the age of six are really too young to go this type of theater performance at all, even a super-kid-friendly one like this. Make sure your child can sit for 3 hours without talking before you decide to go. (We were unfortunately disrupted by a 2-year-old who really should have been home in bed.) The 6-year-old in front of us, though, pronounced the show “good!” My 13-year-old son really enjoyed it as well. Being a 13-year-old boy, he positively enjoyed the double entendres, of course, although they were minimal and not too risqué.

Did we leave mesmerized? No, not like we did after The Lion King or Billy Elliot. But we left smiling.